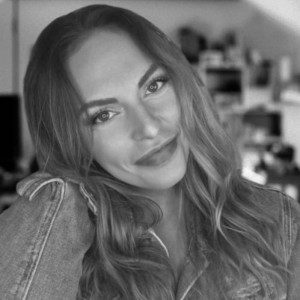 Identifying the Nature of SEO Links: The Evolution of “Nofollow” Links

Link attributes are the means by which a webmaster explains their website’s relationship with a website on the other end of an outbound link to Google. As the Internet grows, spreads, and evolves, it is essential for web giants like Google to grow, spread, and evolve with it.

On September 10, 2019, Google unveiled two new link attributes that will allow webmasters to further clarify their relationship with sites their outbound links connect to. Google also made some modifications to a more familiar link attribute: the “nofollow” attribute.

What is Google’s “nofollow”? Google’s nofollow attribute has been a helpful companion in the world of web development and SEO for the last fifteen years, giving website admins the ability to place links on their sites without giving the website on the other end of the link their endorsement.

If the Internet is like a giant brain, links are the neurons that connect its different parts, and it is Google’s job to read and interpret these connections. Google uses the type of sites you link to, and the types of sites that link to you, to determine where you should rank in their search results. When you place an outbound link on your site, Google allows you to include a link attribute to qualify your relationship with that link.

For instance, if you link to a completely trustworthy site that you don’t mind being associated with your site in Google’s algorithms, no link attribute is needed. For the last fifteen years, the alternative option was to qualify the link with the “nofollow” attribute, which means you are linking to the page, but don’t want to endorse the page or pass along any ranking value to it. Alright, so that was just a quick background; now for the good stuff.

Not only has Google made modifications to nofollow, but they’ve also created two new link attributes. These are sponsored, and UGC, or user-generated content.

The rel=“sponsored” attribute can be given to outbound links on your site that are part of advertisements or sponsorships, or any other compensation agreement.

So if you’ve been compensated in any way for creating an outbound link to a particular site on your site, the sponsored attribute is the correct one to qualify your relationship with the other site.

The rel=“ugc” is most appropriate for user comments or forum posts and will tell Google that the content that is being linked to was created by one of your website’s users.

Nofollow is still the appropriate attribute value when you want to link to a site, but don’t want to imply any endorsement or give ranking value.

However, prior to this, nofollow was a signal to Google that that link was to be considered completely irrelevant to their search algorithms. Essentially, to Google, the link did not exist. This is no longer the case.

While Google will still not treat nofollow links the same as they treat outbound links with no link attribute values attached, it will take hints from all links, no matter the link attributes, in order to analyze the connection between the two sites.

This is because even with a nofollow attribute, there is still important information in a link that Google can utilize, such as the anchor text. This can also help Google establish any unnatural linking patterns.

In their blog post regarding these changes, Google went ahead and anticipated some of the most common questions webmasters would have. Read on for a breakdown:

Do I Need to Change My Existing Nofollows?

Long answer: If you have previously used nofollows as a way to block sponsored links, Google will continue to honor that. The same holds true for linking to pages you do not want to endorse. So there’s no need to go back and change any nofollows that already exist on your site.

Can I Use More Than One Link Attribute on One Link?

Do I Need to Change Nofollows for Ads or Sponsored Links?

Google reiterates that it is not necessary to change any existing nofollow links. If you are using a system that automatically flags certain links as nofollow, this is also still valid; however, Google recommends switching to rel=“sponsored” for ads and other paid links as soon as possible.

Do I Need to Flag Ads or Sponsored Links?

In order to avoid any link scheme penalties from Google, it is necessary to appropriately flag paid links or advertisements.

What Happens If I Use the Wrong Attribute?

Mostly nothing, unless the link in question is a sponsored one.

If you were to flag a user-generated content link or any non-ad link as “sponsored”, it isn’t that big of a deal. The most that would happen is that the link may not count for anything in the ranking value of the other site.

However, going the other way, there could be a problem. Any link that is an ad or sponsored should be clearly marked as such, as described in the last question. Google prefers the sponsored attribute, but nofollow is also acceptable.

Why Should I Bother?

Google reminds its users that these improvements allow the search algorithms to better-process content. This, in turn produces better, more trustworthy results and better rankings to those who “play by the rules”.

The update benefits those who link to your site and also benefits your site directly. This is, if the people who are linking to your site use the appropriate attributes.

If your site currently allows third-party submissions and content, such as forum posts or comments, yes. Comments from third-party users could, in theory, bring down the ranking of a site. Google may view the process of cluttering up a site with bad links and penalize the page.  This is why nofollow was introduced in the first place.

Most of these sites that allow third-party submission already deal with link spam on their own. You typically see this with community moderation and rules.

Of course, Google has a safety net to ensure that no third-party link spam can negatively affect a website’s ranking. Nofollow and the ucg attribute are both appropriate flags for third-party submitted links.  Google will in most cases not use links flagged with either of these for ranking purposes.

When Do These Changes Go Into Effect?

For crawling and indexing purposes, the “hint” model will not go into effect until March 1, 2020.

Google openly discourages the use of nofollow to block pages or posts. Pages that depend on nofollow to block itself from being indexed, this will no longer be effective after March 1, 2020. You will need to switch to one of Google’s more robust mechanisms to block certain URLs from appearing on Google.

For more information about Google’s ranking system, or if your business is in need of professional internet marketing, call Digital Logic at 318.678.5020. How Much Should a Law Firm Spend on Marketing?